The Hoka One One Clifton has developed the most loyal of fan bases despite only being released in 2014. If you're a fan, you know. The neutral trainer is renowned for bringing the best of all worlds in terms of cushion, weight, and support. Because Cliftons are designed as an everyday trainer to rely upon for the bulk of training runs for runners of every level, Hoka counts the Clifton among their Glide series. We found the Clifton 8 a welcome update to an extremely popular shoe. 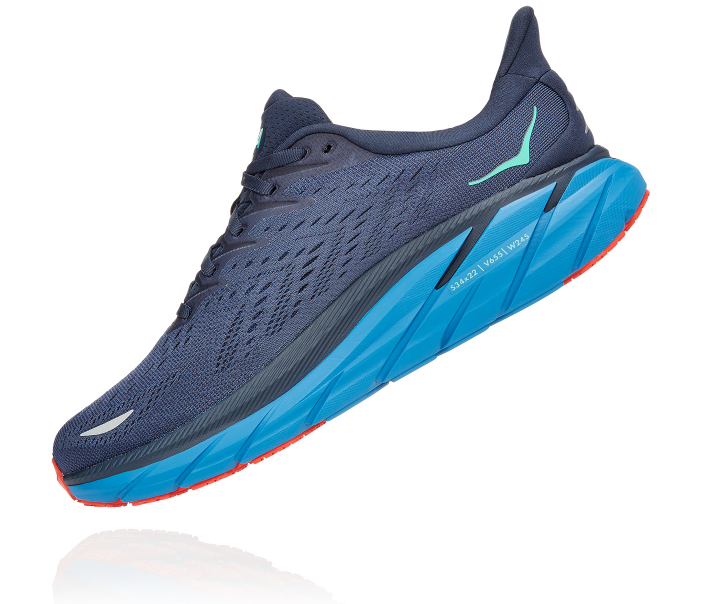 Released on June first 2021, the Clifton 8 has improved upon its predecessor in several ways. Biggest among the changes is a new lighter midsole foam that has tested more responsive among our staff. With this new iteration, Hoka has been able to reduce the weight of the Clifton by 15%, and we noticed no reduction in cushion as a result. Those seeking additional cushion and a plusher ride should check out the Bondi, Hoka’s most cushioned shoe. The Clifton remains at the same level of cushion – no more, no less – but has added noticeable responsiveness. 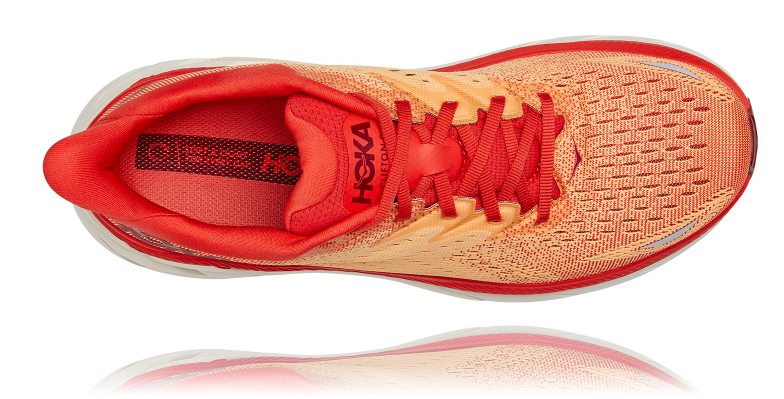 Other improvements include a more plush and comfortable tongue, we noticed the top of foot softness right away, though it did tend to fit a little closer to those of our staff most familiar with the shoe. That said, the additional tongue cushion fills up space allowing for less tight lacing if desired and does help the overall secure fit of the shoe. 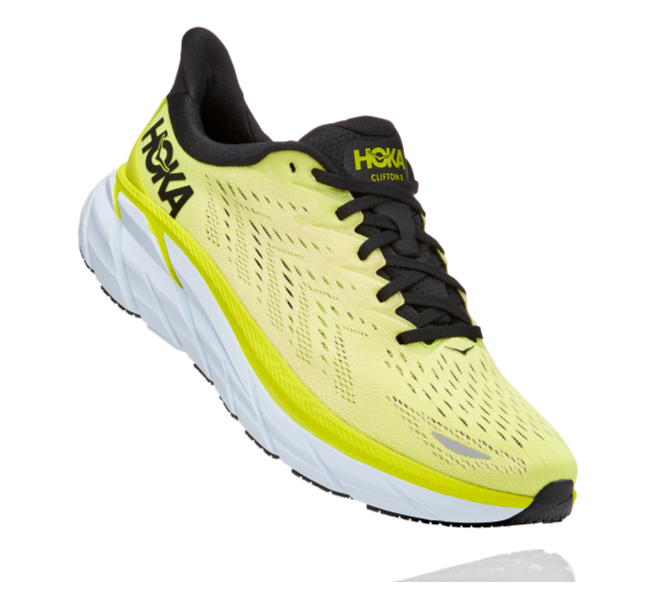 Because Hoka’s meta-rocker design tends to increase heel wear caused by transition for heel-toe runners, additional crash pad (the material off the back of the shoe) material was added. This should help with durability issues.

Probably most exciting for those of us who like to get as many miles as possible from their Cliftons was the additional durable rubber to the center of the outsole. Amazingly this was done without additional weight. Midfoot strikers in particular found that additional wear on all previous versions concerning, and always have asked for just a little bit more outsole rubber. 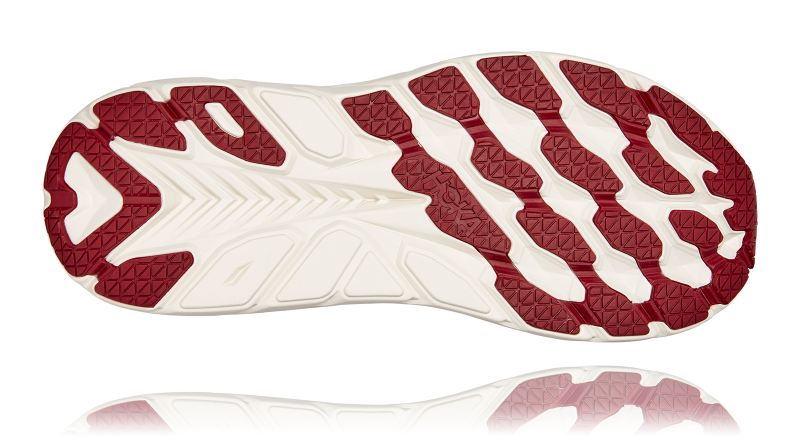 A quick breakdown on the numbers:

As always, we recommend strongly you come in and try on the Hoka for yourself. Clifton die-hards will be impressed, those new to Clifton or even Hoka in general should find this a welcome introduction. Find your local store and come on in to try them out today!